Finally. From a trusted source, here’s an in-depth look at why health insurance costs are about to soar under the very same legislation the President has promised will lower costs. 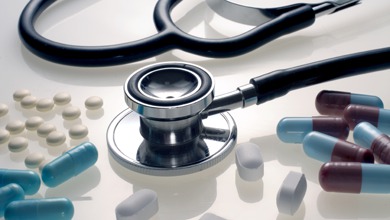 In this excellent article, Forbes discusses in detail why Obamacare will force premiums higher – not lower as promised.

Of course, some people will pay less, at least for awhile. That’s because their premiums will be subsidized. The source of those subsidy funds is at the heart of the debate in Washington over who is going to pay. Subsidies of course, are not funded by thin air – someone named Peter has to be robbed (taxed) to pay Paul (in the form of subsidies).

The people hit the hardest will be people who pay their own premiums and who are above 4x the poverty level, currently $88,000 for a family of four. Those people will be required to purchase coverage but will receive no subsidies. Their premiums likely will be 40% higher on average in 4 years than they are today – that’s when the meat of Obamacare would kick in, and it just gets worse from there.

All of this just has to make one wonder: What in the world is Pelosi and her pals smoking behind those closed doors?

Of course, there’s a bright side. Health savings account plans are looking more and more attractive, especially to people who pay their own premiums.

If you have not yet set up an HSA plan, consider getting in touch with my or one of my staff at your earliest possible convenience to get some quotes and start the ball rolling. We’ve been doing this over 30 years and we’ll be glad to help you avert the coming disaster from Obamacare.

People may tend not to believe what I say about health insurance because, well, perhaps I am biased.

So here’s what the Wall Street Journal has to say about the (alleged) mess with health insurance – and by the way, I agree with every word in this article, which is why I am sharing it with you.

First, it’s important to understand that 90%, fully 9 out of 10 working Americans, are covered under a health plan where they work. Most people are pretty happy with their plans too — they should be, given the enormous subsidies employers are forced to pay (which makes GROUP coverage seem “cheap” to those covered).

The horror stories Obama is using to scare the rest of us have nothing to do with GROUP insurance – those stories have to do with INDIVIDUAL coverage, often after someone leaves the cozy mother-nest of group coverage.

So that leaves us with only about 10% of the marketplace that has a real problem of any kind (other than cost). Give or take, that’s about 15 million people, which includes the self-employed and those who have to otherwise fend for themselves.

Several ideas Obama is proposing have already PROVEN TO BE DISASTROUS in several states; namely, New York, New Jersey, and Massachusetts. Why in the world would anyone want to take ideas proven to be bad and implement them nationally?

Fundamentally, it has to be because of a gross misunderstanding of the scope of the real problem. There is no other explanation.

Click on the following if you want help in finding an injury attorney in Orlando.

In fact, however, changes proposed will actually serve to further increase, not decrease costs, both in higher premiums AND higher taxes.

Will they system then be “fixed?”

Of course not – many people will be forced to simply opt out and “pay the fine.” Then what?

The cycle will get even more vicious – that’s what!

If you are planning to shift to a new place with your entire family, then I would suggest you check out US Florida Property Management for more as they specialize finding in family homes which will be perfect for all your family needs.

Here’s to hoping that more informative articles such as this one from WSJ and those found on http://applyukehic.com/ will help people gain perspective and understand that the scope of the fix should be narrowed to more closely fit the scope of the problem.

More and more Americans are opting for “bare bones” coverage to insure their health.  Sometimes they know what they’re buying, but often times they don’t.

In an article published by the Wall Street Journal, the paper makes the case that many consumers buying low end coverage are duped into buying those limited benefit plans by salespeople whose smooth talking goes a long way to convincing people to do something that is not in their best interest.  The article focuses specifically on sales tactics from MEGA Life and NASE (national association for the self employed), two companies marketing health plans under the umbrella of “HealthMarkets” based out of Oklahoma City.

According to the article, consumers “thought they were buying full insurance for their families but in reality they were buying far from that.” Indeed, in some instances, hospital benefits were limited to $300 a day.

Click here for a link to the story from the WSJ

COMMENTS:
Nothing new here folks–same old warnings that professional insurance brokers (such as myself) have been giving to people for years. In fact, the article’s author (a journalist) actually states the correct solution to the problem of high premiums:

Rather than opting for a limited-benefit plan, some families should consider a comprehensive plan with a high deductible, which may not be much more expensive, or a “catastrophic” medical plan.


There ya go folks. If you’re not inclined to believe someone such as myself (with almost 30 years experience brokering health plans to small business owners and individuals) perhaps you’ll believe a journalist. (dripping sarcasm here, of course)

Happenin’ Topics in the Cloud